On Tuesday November 22, 2016, the newly-appointed Israeli Consul General in New York, Hon. Dani Dayan visited with elected officials and business and community leaders, culminating with an open dialogue at Wagner College on the U.S.-Israeli relationship. The tour of Staten Island, the first borough to be visited by the Consul General, was arranged by the Council of Jewish Organizations of Staten Island by Mendy Mirocznik, President and Scott Maurer, CEO. Mendy Mirocznik thanked President Richard Guarasci of Wagner College for opening Wagner College and for hosting Ambassador Dayan. Mirocznik thanked Professor Lori Weintrob and Dr. Ruta Shah-Gordon, Wagner College Vice-President for Internationalization and Intercultural Affairs and Campus Life for their hard work in planning and preparing the event. Mirocznik emphasized that, “COJO stands behind the day that the Holocaust Educational Center at Wagner College will have a home of its own and that COJO is committed to seeing that day and making it happen.” Mirocznik concluded by praising Ambassador Dayan for having, “a stellar 100 days” and wished him, “the best in his new capacity” and looks forward to continued collaboration with the Israeli Consulate. 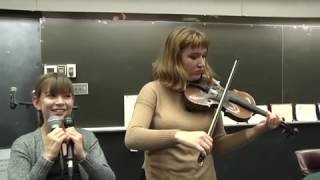 The Council of Jewish Organizations of Staten Island and Wagner College host a reception for the new Israeli Consul General Dani Dayan soon after his arrival in New York. Dayan shares his views on the Israeli-American relationship in an interview with COJO president Scott Maurer. Watch Dani Dayan at Wagner College