When did things start to change?
"I already felt anti-semitism in school and there was a new law that passed that if you were a Jew, you were ordered to wear a yellow Jewish star. We had curfews. We couldn't go out or else they would lock us in jail."

How was the living quarters in the qhetto?
"Hardly any space to move. We were in a very small room. It was inside a big factory room with elders, children and women. They were all laying down thinking how will we all survive here? We were hoping it was the end of the war."

This is the only certificate but it's left after the war which the American gave Gabi Held when he was liberated. April 13, 1945.

"Old people that had beards when we arrived to the ghettos were getting their beards cut because they were religious Jews. They just wanted to show that they are in power and in control while cutting the beards... And losing the beard was like losing fate. There was no way to escape."

"There was some kind of train that they were loading up- I remember they came with empty trains and we had to go inside the train. My mother and brother were worried what was going to happen to us. My mother always told us just go inside do not go outside that is trouble. We were more safer inside than outside."

"How are we going to eat? It was just a matter of survival. The train trip was 1 or 2 days. Once they stopped and gave us water because it was the summer time but no food."

When you were in camp what other nationalities were there? "It was mainly Hungarian, some Polish and German. There was some gypsies and criminals too in the concentration camp- we were all mixed together. They told us we were to take a shower, we marched, they shoved us into a big room with an iron gate and we were waiting women and children.. Looked up no shower heads just little holes in the wall and little windows on the side. Then, I saw the Germans looking and I couldn't understand why. After a while, we figured out it was a gas chamber. We were out. We went back to the barracks and my clothes weren't there. Two weeks ago, they took only the children to take the shower..."

"All the children from the village who took a shower in the barracks in the gas chamber have died." 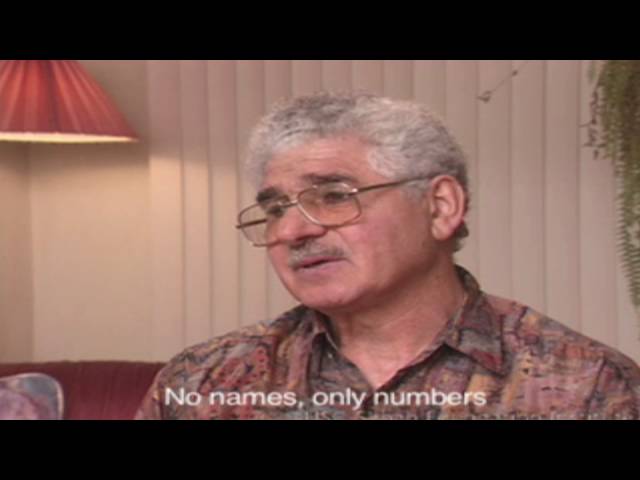 The Story of Gabi Held

Gabi Held was 10 years old when he and his family were deported by the Nazis to Dachau and Bergen-Belsen from Hungary. After the war he became a boxer in Hungary, then served in the U.S. Navy. Today, Gabi Held lives in Staten Island, New York, with his wife Marianne and continues to speak to youth and community members in programs organized by the Holocaust Education Center at Wagner College. This video was edited from original footage by the Shoah Foundation Visual History Archive. Watch The Story of Gabi Held 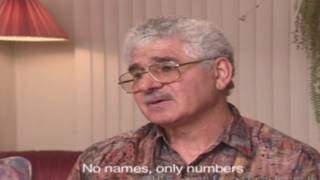 The Story of Gabi Held